This weekend saw the return of the highly anticipated Mondial Hot Air Balloon Festival located on Chambley Aerodrome approximately 30 kilometres outside Metz in the Lorraine region of France. This iconic region is the birthplace of Jean-François Pilâtre de Rozier – the first ever man to fly. The bi-annual event takes place over 10 days starting on Friday 28th July with the possibility of achieving 19 flights over the course of the festival.

This year’s meet has high expectations of around 400,000 visitors throughout the festival, making it the biggest hot air balloon festival in Europe as well as one of the longest in the world. Chambley Aerodrome acts as a hub for thousands of pilots and crew from around the globe and encourages the collaboration of nations all in the name of ballooning.

Aside from two ascents each day, the festival also boasts a plethora of other activities for spectators including star gazing and video animations as well as more conventional entertainment such as bars, museums, auditoriums and shops in the BallonVille area. Additionally, on Wednesday 31st July the pilots will perform the popular night glow. The night glow will see around 100 balloons burning in time with music, animations and light shows to create an awe-inspiring spectacle for all involved.

When discussing the highlight of the hot air balloon festival attention often turns to The Great Line. It involves several hundred balloons taking off simultaneously along a 6 kilometre stretch of runway – a truly magnificent spectacle for visitors. During the 2017 Mondial hot air balloon meet The Great Line set a new world record of 456 balloons launching in under an hour – more than four times as many balloons as the Bristol hot air balloon festival! This year it took place during the morning ascents on Sunday 28th July and hoped to break the record set just two years ago. 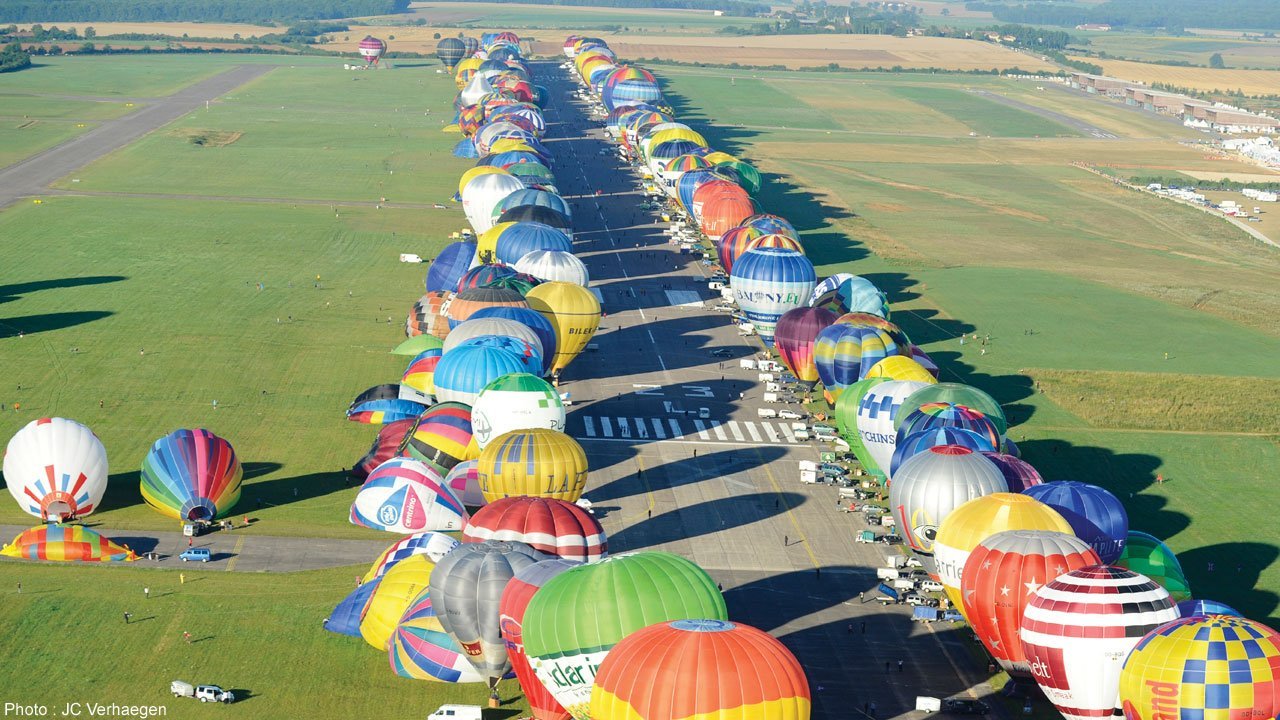 How To Fly At Mondial Hot Air Balloon Festival

Entry to the festival is free for all visitors, but if you have always dreamed of flying at the Mondial festival that will come at a cost of approximately €250 per passenger. For your money you will get a flight of at least an hour with an experienced pilot and recovery from professional crew. Flights can be booked online or over the phone before the event via the official festival website or at the ticket office during the event. Please be aware that reservations are limited, and all flights are weather dependent. If your flight is cancelled due to poor weather, your ticket will be either postponed or refunded depending on availability.